Home » Blog » Are we in the center of the universe? 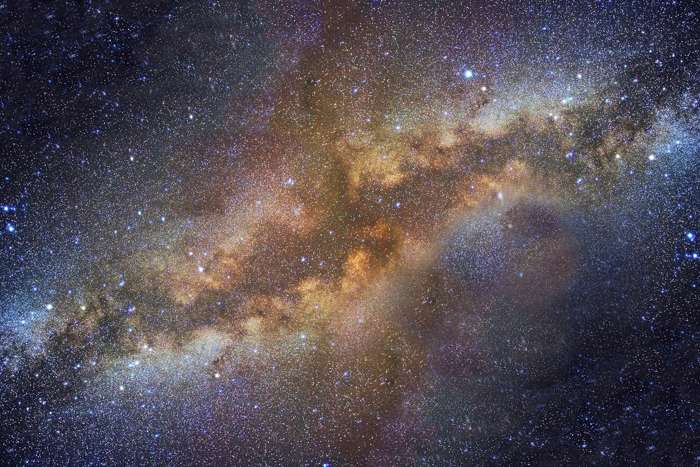 Could Earth be near the center of the universe?

Secularists have been pushing Earth away from the center of the universe till finally saying there is no center at all. They take this position not based on observations but based on materialistic necessity. For them there cannot be a center and there cannot be a boundary. In fact, it seems for Stephen Hawking that there was no Big Bang explosion at all because it would demand a center and a boundary.   “So long as the universe had a beginning, we could suppose it had a creator. But if the universe is really completely self-contained, having no boundaries or edge, it would have neither beginning nor end: it would simply be. What place, then, for a creator?”  Stephen Hawking

So once again we see the honesty of Richard Lewontin’s words, “We take the side of science in spite of the patent absurdity of some of its constructs, in spite of its failure to fulfill many of its extravagant promises of health and life, in spite of the tolerance of the scientific community for unsubstantiated just-so stories, because we have a prior commitment, a commitment to materialism.”  Lewontin, an American evolutionary biologist, admits that the evolution view is at times absurd.  He also admits that he and other evolutionists like Carl Sagan and Stephen Hawking take their position because of their commitment to the philosophy of materialism (matter and energy is all there is, there is no God or higher power).  To them the real issue is not about evidence but their commitment to their worldview.

It turns out that the evidence for Earth being near the center of the universe is not so crazy after all.

Evidence for Earth in the center of the universe:
1. Uniform Galaxies. Galaxies are spread out uniformly around us throughout the universe. There appears to be about the same number of galaxies in all directions.

2. Quantized Red Shift. Galaxies are bunched up into what is called Quantized Red Shift. More specifically the galaxies are bunched into groups and the groups are arranged into concentric circles around the Earth. According to Hubble’s Law, the distance interval is about 3 million light years between clusters. The mathematics are such that if you move Earth out 2 million light years away from our present central position, the red shift disappears into a random pattern.

Quantized Red Shift has been observed for many years now and was identified by William Tifft. By 1997 the data was so strong it is no longer questioned.

3. Rotating universe around an axis. Dr. Humphreys has noted that there is evidence that the entire universe is revolving around a central axis and Earth is near the central axis. The evidence includes: A polarization plane of the radio waves from distant galaxies display an angle. The angle gets bigger further out into the universe. The angles can be explained by a magneto effect and the universe is moving around a central access.  For more insight on this, purchase and review the Starlight and Time DVD where Dr. Humphreys himself explains the evidence.

Some additional information that is pertinent to the subject:

An article from John Hartnett in TJ (Technical Journal — An Answers in Genesis Journal) vol 19(1) 2005 states, “This is what Edwin Hubble concluded; his observations of the galaxies’ red shifts indicated to him that we are at the center of a symmetric matter distribution. But Hubble rejected his own conclusion — that we are in a very special place — on philosophical grounds. And Hubble wasn’t alone in realizing the situation: “people need to be aware that there is a range of models that could explain the observations,” Ellis argues. “For instance, I can construct you a spherically symmetrical universe with Earth at its center, and you cannot disprove it based on observations.” Ellis has published a paper on this. “You can only excluded on philosophical grounds. In my view there is actually nothing wrong in that. What I want to bring into the open is the fact that we are using philosophical criteria in choosing our models. A lot of cosmology tries to hide that.”

Keep in mind that the Big Bang advocates cannot tolerate a center because it would statistically place us in a very special place.  Carl Sagan said, “. . . the delusion that we have some privileged position in the cosmos . . .” From Sagan’s book, Pale Blue Dot His point was to say that we are meaningless and have no significance in the universe.  On the contrary, the best evidence supports Earth in the center of the universe.  This seems to be a message to modern humans that God considers us to be very special.