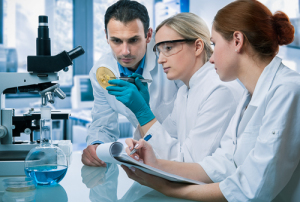 The following is a discussion I am having with someone on YouTube. Since evolutionists claim to have science on their side and they also claim that evolution is so sure that it is FACT, shouldn’t they have overwhelming observable non-controvertible evidence to support it? But what do they have? Read the following to find out what evolutionists have for supporting their side.

Writing to Mark Ryan: What empirical evidence do your rely on that convinces you evolution is true?
Reply ·

Writing to Evidence Press: Foxes and wolves are related. By blood.
Reply ·

Writing to Mark Ryan: How does your evidence account for the evolution of all of life? Do you not believe that life began from a primitive life form, evolved into something else, eventually gaining more complexity all the way up to humans? How do you empirically, in a falsifiable manor, account for evolution to be true?
Reply ·

Writing to Evidence Press: You are shifting the goalposts know. First you were asking about evolution. Now that I settled that debate, you shift it to “origin of life”. Yes, we know for a fact that foxes and wolves are related. Evolution.
Reply ·

Writing to Mark Ryan: First, the word “related” is not a precise term. Some people would say humans are related to amoebas and in some ways that is true. All living creatures have DNA, RNA and proteins, so we are “related”. But this hardly gives convincing evidence for evolution. It is far better evidence for a single, all powerful designer to have made all of life.

Secondly, I did not mention “origin of life”. I was just making clear what we are arguing about. I am arguing that primitive life (notice I said “life”) did not evolve over billions of years to become more complex organisms and through common descent eventually evolved into humans. I believe that is what you are arguing for.

Evolutionists claim that they offer “science” while we offer “religion”. So pony up. I am asking for some scientific empirical evidence that can be falsified as evidence for simple-life-to-humans evolution. Evolutionists claim it is a fact, so it certainly should be easy to provide some good solid evidence. Right?

So what do you have for empirical, falsifiable evidence for organisms-to-humans evolution?