The August 15, 2005 edition of Time magazine has the cover story, Evolution Wars.[1] The article asks the question, “Is ‘intelligent design’ a real science?” The authors attempt to make the case that intelligent design is not scientific and therefore should not be included in science curriculum or class discussions. This is a common argument among those who are anti-intelligent design. But various congressmen, school board members and citizens are disagreeing.

On September 20, 2005 the American Astronomical Society[2] came out with a statement that summarizes the position taken by evolutionists. The statement says, “‘Intelligent Design’ fails to meet the basic definition of a scientific idea or theory containing no testable way to verify its central ideas.” Is it true that intelligent design cannot be tested?

One well-known intelligent design advocate is William Dembski, a mathematician and philosopher. Dembski defines intelligent design as the science that studies signs of intelligence.[3] He developed a simple formula for testing whether an object was designed or not. His formula for determining design is called specified complexity. Simply put, it’s the more an object is both highly specified and highly complex, the more confidence we can have that this object was designed.

Dembski describes “specified” as exhibiting an independently given pattern–a pattern that is recognizable. Dembski describes “complexity” as not being easily repeatable by chance. Let’s examine three objects and determine if they have been designed by using the specified complexity formula. 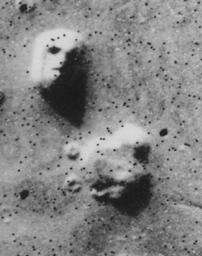 The first object is the likeness of a face on the planet Mars. Is the face specified? Yes, to some degree it is recognizable as a face. An eye, nose and other facial outlines can be identified. However, the picture does not provide a high degree of specificity. Only half of the face is visible. The face is not of a particular person. Is the face complex? To a small degree it is complex, but one could imagine it easily having been formed by wind and shadows. Therefore, specified complexity suggests that the face on Mars, with a small amount specificity and complexity, was not designed, but was formed by natural causes. 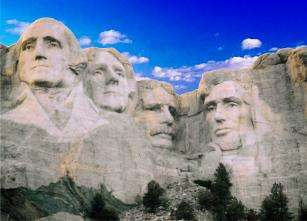 The second object is Mount Rushmore. This mountain has four recognizable faces on it. The faces contain details of eyes, eyebrows, ears, noses, hair, jacket; the faces are complete, including the left and right sides. But what makes it highly specified is the fact that the faces represent four past presidents of the United States! In addition, it is exceedingly complex. To reproduce Mount Rushmore to the exact size, shape, mass would be extremely difficult. It is an excellent example of an object that is both highly specified and highly complex. Therefore, the specified complexity model provides us with extremely high confidence that Mount Rushmore was designed.

The third object is DNA (deoxyribonucleic acid). Is DNA specified–does it provide a pattern that is recognizable? Yes, DNA’s code provides a powerful recognizable pattern that results in a set of assembly instructions for the cell and the entire being. It is a vast information source in the form of a four-letter code. What about the second half of the formula? Is DNA complex? Yes, it provides the most densely compact form of information known to humanity. It is a biological language that provides specific directions. DNA is both extremely complex and specified–far more so than Mt. Rushmore. Therefore, we can have complete confidence that DNA was designed.

Stephen C. Meyer of the Discovery Institute describes information as, “a massless quantity”.[4] He then states, “Now if information is not a material entity, then how can any materialistic explanation explain its origin?” This is not simply poking holes in the notion of a natural cause for DNA information. The evidence is not just a problem for a natural origin, it does not go there; rather it leads to an author, an intelligent designer. This is why the specified complexity formula is powerful scientific evidence for intelligent design.

Another demonstration that intelligent design is indeed scientific is by the way it is already being used in a variety of scientific fields. In 1968 Jocelyn Bell who interpreted data from a radio telescope array just outside Cambridge England, was the first to discover pulsars–rotating neutron stars that emit bursts of radio waves, a remnant of a super nova. Carl Sagan reports in the video series, Cosmos,[5] that it was once thought that astronomers had discovered an intelligence source or a beacon for extraterrestrial travelers but this was later discovered to be a pulsar. The reason for the early excitement was the recognizable pattern–specificity! But a pulsar does not provide complexity. The phenomenon was determined to be natural and not from an alien source, just as predicted by the specified complexity formula. The SETI program, which stands for Search for Extraterrestrial Intelligence, uses modern radio telescopes with the hopes of finding evidence for intelligent life from other parts of the universe. SETI is active today, though it is no longer funded by the US government.

Archaeology is another example of inquiry that looks for signs of intelligent design. For example, an archaeologist might look at a large rectangular rock and try to determine whether it was formed naturally or by design. Any words found on the rock would provide an extremely high degree of specificity and complexity in favor of design. Another field of intelligence searching is forensic science. These scientists use a variety of clues to determine if a person was murdered or died of natural causes. Another example would be computer science, where one searches for the cause of a computer problem. Was the problem created by a human-developed virus or did the problem arise by natural causes within the inner workings of the computer?