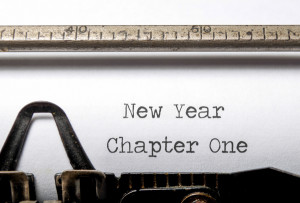 The following consists of five pieces of evidence that favor creation.  The acronym I P L O D is offered as a memory tool.
by Jim Bendewald ©2014  JB@EvidencePress.com

I = Information. Dr. Werner Gitt, an information scientist, explains that, information always has five levels.
Level 1 Statistics: In the graphic we see 4 words and 17 characters. Level 2 Syntax: the words and letters are not arranged randomly, but according to rules of English grammar. Level 3 Semantics: the letters and words are arranged to have meaning, and rearranging them changes the meaning. Level 4 Action or Application: the chapter title condenses the message to a few words. Level 5 Purpose: the purpose of the title is to help the reader.

DNA is likewise a code conforming to the five levels of information described above. Examples for each level:

Statistics: DNA is made up of 4 nucleotides. Codons are made up of three nucleic acids. Genes have a specific number of bases. There is a specific number of genes in each chromosome. Natural causes cannot count and do not know when the number is correct or in error. Logic dictates the use of statistics throughout the DNA code requires an Intelligent Designer.

Syntax: It is a rule that codons are made up of 3 nucleic acids. It is never 2 or 4 or 7, it is always 3. Another rule is that each gene is bookended by start and stop codons. Evolution has no ability to understand rules or apply rules and much less to create the rules. The logical explanation is design by a super intelligence.

Action or Application: One of the DNA applications known for numerous years is that DNA produces proteins. Proteins are used everywhere in the cell. They are called the building blocks of the cell but they are extremely varied. Each variation requires a separate code. Each needs to get folded properly, tagged and sent to the correct location in the cell. All of these processes are extremely complex requiring complex engineering that humans are yet to understand. This infers extremely  intelligent design.

Purpose: The purpose for DNA is to provide instructions for cell to make proteins, regulate systems, reproduce and essentially live.  Ultimately, purpose can only be assigned by a creator, a mind or intelligence.  Atheists and evolutionists assume that natural causes is the only explanation for this intelligence.   Yet intelligence is not even considered.  A wise person would be skeptical of such an arrogant and fundamentalist position.  A wiser person would admit DNA infers God as the creator. 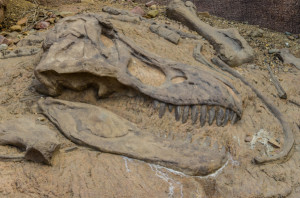 P = Predictions. This graphic of dinosaur bones is symbolic of extinction. Evolution predicts that life began from a simple primitive organism. Over time and reproduction the organism mutated and eventually evolved to become more complex. The complex organisms evolved into multicellular organisms. These evolved to become all species that we have today. So evolution predicts life went from simple to complex and from weak to strong.

However, does that reflect the world around us? In the world we see death and extinction. Mutations, Muller’s ratchet, can be a significant factor in causing extinctions. But evolution, which relies on mutations is predicted to produce new species not kill them off. Not only did the dinosaurs become extinct but so did the trilobites and Dodo birds. Environmentalists estimate that as many as 10,000+ species go extinct each year.

For humans there is a funny disconnect between evolution and the real world. Evolution requires lots mutations to evolve so the organism can become more complex and stronger. So why do humans wear the lead apron when being given x-rays? Don’t we want to evolve and become more complex? If mutations are the means to greater complexity why do we hate them and prevent them as much as possible? Answer: mutations do harm!

The Bible tells us that God created animals and humans fully formed and He created them perfect. He also created them with variability in their genomes. Therefore, He did not create every species but families called “kinds”. The Fall resulted in the consequences of sickness, disease, death, and more sin.

Why are we living longer, you ask? It is because of i ntelligent intervention and science is allowing us to live longer. But our bodies are still increasing in diseases.

Genetics researcher Dr. John Sanford reveals that humans are mutating far too quickly for human kind to survive extinction. Population geneticists are now estimating that humans, on average, are giving as much as 100 mutations to the next generation. Calculating the mutations backwards takes humans back several thousand years, not anywhere near a million years expected by evolutionists. 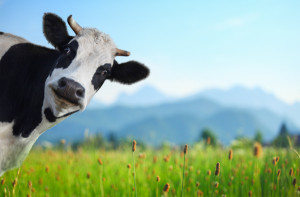 L = Life. Biogenesis means life only comes from life. It is a scientific law attributed to Louis Pasteur. “It is now a common notion that any living thing can only come from another living thing, and no cellular life has ever been observed to arise from non-living matter. For example, a spider lays eggs that will develop into spiders.” –Biology Online

I often hear people say, there is no evidence for creation. Excuse me. Biogenesis, remains a law until it is proven otherwise. Biogenesis is observed ubiquitously, daily providing
empirical evidence for the Biblical creation account. Meanwhile, abiogenesis is not just speculation, it is impossible. See the video Proteins Require Proteins.

When I talk with students I often start out asking them for a definition of the scientific method. Dictionary.com says the scientific method is: “a method of research in which a problem is identified, relevant data are gathered, a hypothesis is formulated from these data, and the hypothesis is empirically tested.” Then I ask for a definition of evolution. Charles Darwin defined it as “common descent with modification”. My next question is provide me evidence for evolution using the scientific method. At this point I see a lot of shuffling of feet with the person saying well that is not how evolution is observed.

How is it observed? The fossil record and geology gives the evolutionist their evidence. So that means evolution must be interpreted according to the assumption that evolution is true. It can not be observed emperically. Evolutionists also rely upon radiometric and carbon dating. What many students don’t realize is the assumptions behind the those dating methods. Please watch my interview with Dr. Andrew Snelling. 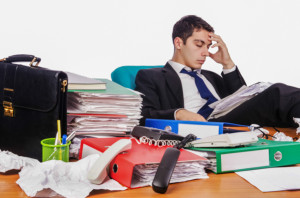 O = Order. Looking around we see both order and chaos — humans produce both. Humans make cars which are very ordered but we also make mistakes and sometimes have car accidents. These can be very destructive and very disorderly.

I am not going to argue theromdynamics. I want to keep it simple and refer to order and disorder. We live in a world where things decay and break down. The office desk gets cluttered with papers, books, and coffee cups. It requires intelligence to produce order. It requires intelligenct to produce the papers, books, coffee mug and phone. Order exists, there is no denying it. Our experience is order comes from intelligence. Animals create order by providing food for their young.

The universe is ordered and the laws of physics are finely tuned. The inference to the best explanation is that they are ordered because there is a universal, all powerful, creative God who loves us and provided an ordered universe with an ordered Earth with breathable attmosphere, beautiful nature and food to enjoy. Watch my interview with Dr. Jason Lisle on the finely tuned universe. 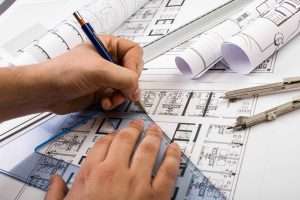 D = Design.  Elements of design are seen everywhere: our clothes, glasses, the carpet, furniture, cars, cell phones. As we look around us in the city, it is hard to not see the results of human design.

Is there a way to determine using the scientific method if a particular item is designed or not designed? Dr. William Dempski has developed the design inference. It is also called Specified Complexity. Just as a nurse will ask a patient to rate their pain on a scale of 1-10 it is a crude but effective instrument. We don’t care so much about the lower part of the scale. When the pain is 8-10, it is significant. So are the results for Specified Complexity.

As an experiment we could have 10 people rate 5 objects for two characteristics. The first is specificity, meaning a recognizable pattern. Words and letters are highly recognizable, they would be rated 10s. Ripples in the sand might be 3 or 4 and random rocks would be 0 or 1. Secondly, these 10 people would rate the 5 objects for their level of complexity. Codes and languages are 10s while ripples in the sand and rocks are 0-1. The experiment is concerned about on the outer shape and function of the object.

See the video for Design or Not Design